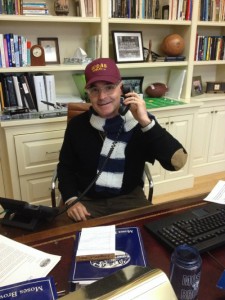 Okay, the title makes it sound like a bigger deal than it really is – but hey – I have seen sillier award show concepts.

As of this writing, we are 8 months into 2015 and I have yet to see a video to top either the Moses Brown School School is Closed video or Puddle’s Pity Party (with Scott Bradlee’s Post Modern Jukebox) version of Lorde’s Royals .  The Pentatonix version of Royals is also very good so it looks like it will round out the top 3 on my list.  Perhaps it is too soon to be declaring the 2015 winner in this totally unscientific poll, but how scientific can a poll with one person casting votes be?

The truth be told, I like all three video concepts enough to declare a three way tie, but that would be the coward’s way out.  Perhaps if I can explain exactly why these three videos appeal to me it will help sort them out:

School is Closed is a parody of Let it Go from the animated feature Frozen.  At the time my buddy Ralph Winrich had passed the link on to me, I hadn’t heard or seen the entire clip from Frozen.  The production of School is Closed is very good and the creative team that came up with it should be commended.  Moses Brown’s Head of School Matt Glendinning did such a masterful job selling the lip synch, I wasn’t at all convinced that it wasn’t him actually singing until I had watched it a few times.  After exchanging a couple of e-mails, I had gotten a little more information from Matt himself on how the project came about.  He was gracious in his praise of the team and humble about the part he played.  I was blown away that he not only let the team run with the idea, he embraced it and did a great job.  There are a LOT of Let it Go parodies on the internet, but not one of them is as good as the Moses Brown effort.  Yep, it would be hard to knock this entry out of first place on my list of 2015 honorees.

Puddle’s Pity Party was going to make a stop in Milwaukee in the spring and I happened to catch an article about him in the Milwuakee Journal-Sentinel.  I knew nothing about his origins or the man behind the grease paint (Big Mike Geier) after reading about his upcoming appearance in Milwaukee, so the next natural step was to check him out on YouTube.  I will soon be accused of living in a box because like the Frozen song,  I had not heard Royals prior to seeing Puddles perform it with Scott Bradlee’s Post Modern Jukebox.  I liked the group setting, his vocals, his mannerisms, his low key female backup singers and backup musicians. . . I just like the arrangement and how they did it.  Coming from someone who has never been a fan of clowns, Puddles has to get a few more points added to his score for getting me to not only watch this, but to like it as much as I do.

Another buddy of mine, John Fischer from Green Bay, had sent me some Pentatonix CDs a while ago so I was aware of them.  This is probably why I clicked on their version of Royals when it popped up in the ‘you may also like’ ledger.  Vocally, it is an outstanding acappela arrangement.  I do love how they interweave their parts while the vocal percussion and bass parts support the song and keeping it moving.

As long as I mentioned Scott Bradlee’s Post Modern Jukebox – their involvement in the Puddle’s video puts them on the list.  I  was really impressed with the A Day at the Office mashup they recorded at the offices of Cosmopolitan Magazine with a cast that only seemed to number in the thousands.  A solid number four with ties to my number two pick for 2015.

That wasn’t as hard as I thought it would be.  You will find links in previous articles to the Puddles and Scott Bradlee’s PMJ videos mentioned above.  The Pentatonix video won’t be hard to find and I have a sneaking suspicion that they will become fodder for a future From The Vaults.

I should also mention that I sent Matt Glendinning a WOAS-FM hat with a note of thanks for brightening up our winter.  If my budget was a little healthier, I would have sent one to everyone on his crew, but as I mentioned in my note, ‘As the face featured in the video, you will just have to accept this on behalf of everyone involved’.  With only four months left in the year, I will have to see something pretty spectacular for it to knock School is Closed out of the number one slot!